I will be honest with you. The worlds I belong to have more dystopians than utopians. Climate change, authoritarianism etc mean that thoughtful people are more likely to drink a glass half empty than half full. But we can't build a better world by harping on worlds we want to avoid. How to let our imaginations guide us away from our fears?

That's the question. No answers this week though.

Why Are Right-Wing Conspiracies so Obsessed With Pedophilia?

Turns out it's got a long history.

One hundred years of “We” by Yevgeny Zamyatin

In several decades of appreciating dystopia, of reading and re-reading the Brave New World, 1984, Animal Farm, The Castle etc, I had never heard of, let alone read, Yevgeny Zamyatin. His novel, ‘We,’ was the inspiration for Orwell and perhaps Huxley too. On my reading list.

Yevgeny Zamyatin wrote We in 1920, during the Russian Civil War. Composed at the dawn of the Soviet era—a not-so-distant mirror of our own troubled and dangerous times—We was first published in the USSR in 1988, at its dusk.

Someone who told Stalin to his face that he wanted to leave the Soviet Union and was allowed to do so has got to be something.

Our Mind-Boggling Sense of Smell

Smell is the most fleeting of senses and the one least accessible to our intellects. How many words for smells do you know? But smell plays an outsize role in our animal lives - what and whom we find attractive, what we find tasty and what we find disgusting. Neuroscientists are in the early stages of uncovering the biology of smell. 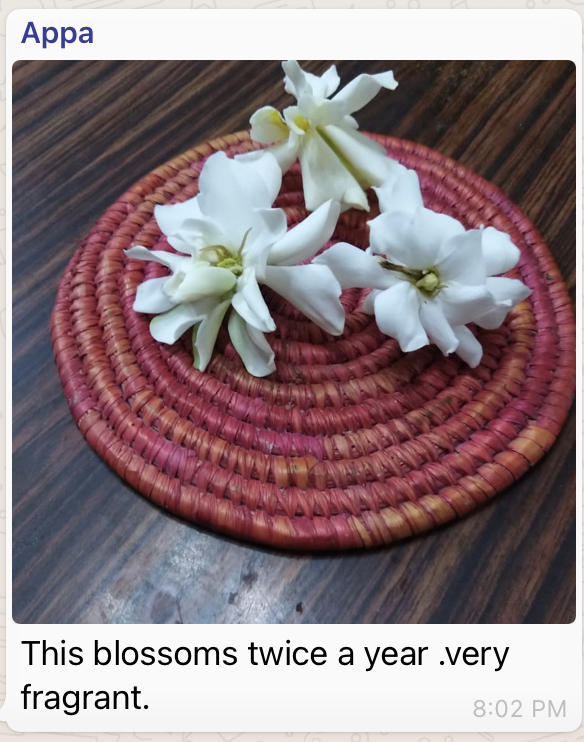 The Museum of Smells

Talking about smells, here's a whole museum worth of them. Except it's not really a museum as much as binder full of memories of smells. My favorite:

I recently used my soldering iron to repair some damaged wiring, and, as the soldering wire melted and released its intense odor of rosin, which is used as a flux, I was transported back to my father’s backyard shed where, for a hobby, he repaired radios and TVs.

My entry in the museum: growing up in North India, I remember these guys who would come in a bicycle and clean large pots and pans - covered with grime after months or years of cooking - with a combination of steam and chemicals that I can never forget.

Oh, and this picture of flowers that my dad sent just as I was writing this entry. What a coincidence.

The 20th century saw many utopias bite the dust, the communist one being the most influential of the lot. Utopias as a final state - the last shot of the movie as the cowboys ride into the horizon - are not as seductive anymore, but I think Utopian directions have never been more compelling.

A pointer only tells you where to orient yourself and has built in self-correction if the path is leading us towards danger. It has all the idealism of a regular Utopia without the massive commitment of energy and resources into choosing one particular Utopian strand over all the other possibilities. We can sniff Utopian directions and follow the trail as it meanders through the forest.