The real start to the 21st century

Chronological time and historical time are different. While the 20th century clock started ticking in 1900, it didn't enter history until 1914 and the beginning of the first world war.

Similarly, we might say the 21st century didn't really start until the pandemic and the drama of Trump's exist from the White House. So here we are at the beginning of a Braver Newer World. Let's ring it in with a short update.

The pace of change has quickened even in the past two weeks, with the U.S Capitol in Washington hosting something between a coup and a cosplay convention. Reality and reality TV have never been so close.

You will notice that today's update has the structure of the three act play: a beginning, a middle and an end. Keep it simple.

Where are we going?

Paul Gauguin was a horrible man in many respects but he was a great painter. One of his iconic paintings, "Where Do We Come From? What Are We? Where Are We Going?" might as well be the motto of Twentitude. But before we delve into that question, we should adopt the posture of the Daoist seeker. 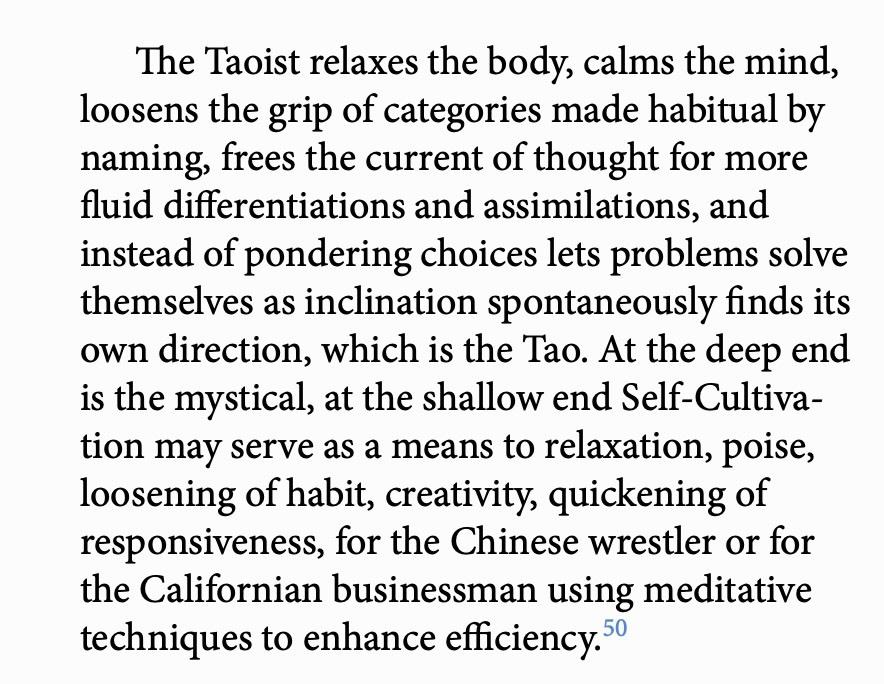 We can't change the world if we are too fixed in our ways. Both Daoist practice and Zen practice emphasize loosening the grip of conceptual categories on our lives.

Paradoxically, they do so by imposing the strictest practice regimen. Go figure.

I will end with a quote from Angus Graham the Welsh philosopher and scholar of China (in the screenshot).